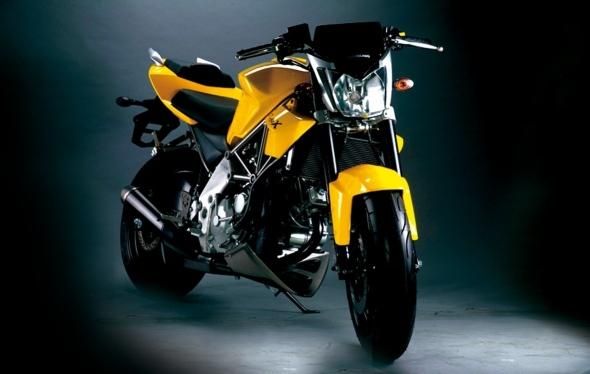 Hyosung has just launched the RX450SM, an all new motorcycle to be publicly unveiled at the NEC show next week.

The RX450SM uses Hyosung’s own 450cc liquid-cooled single cylinder engine producing a claimed 50bhp at 8,500rpm. The engine is housed in a tubular frame which also acts as the oil tank for the dry-sump engine, and an aluminium swingarm and subframe help keep weight down to just 120kg without fluids.

The new motorcycle has a fully-adjustable rear monoshock and 45mm upside-down forks, and a Brembo caliper grabs a 260mm wavy disc at the front, and a 250mm disc at the rear. Price and colours are yet to be announced. For more information, see next weeks’ MCN, out November 21. We’ll also be videoing this motorcycle and every other new motorcycle at next week’s NEC show – click back to the site from next Thursday to see the video.