Following his crashes at Laguna Seca and Brands Hatch, Noriyuki Haga returned to Japan for a special consultation with his physicians, having complained of severe back pain.

Following a series of tests and x-rays, doctors have diagnosed that he has a badly sprained back, and will need intensive treatment if he is to be fit enough to contest round 9 of the Superbike World Championship at Assen, at the beginning of September.

The news has rocked his Renegade Ducati Koji team, which is still celebrating Haga's sensational double victory at Brands Hatch – his first back to back double in four years.

As Team Principal Mark Griffiths explained, Haga is already undergoing intensive treatment in a frantic bid to be fully fit for the next event.

"Nitro complained of back pain on Sunday morning following his Saturday crash at Brands Hatch," said Griffiths. "He was very uncomfortable after the first race and I didn't think he would be up to it to do battle again for the second race, but thankfully, he was.

"Haga-san is now in the process of receiving specialist electro-therapy from his Japanese physicians. I will speak to him again on Wednesday to establish how the treatment is going, but I would have to say that his fitness will be doubtful for Assen."
Klik om te vergroten... 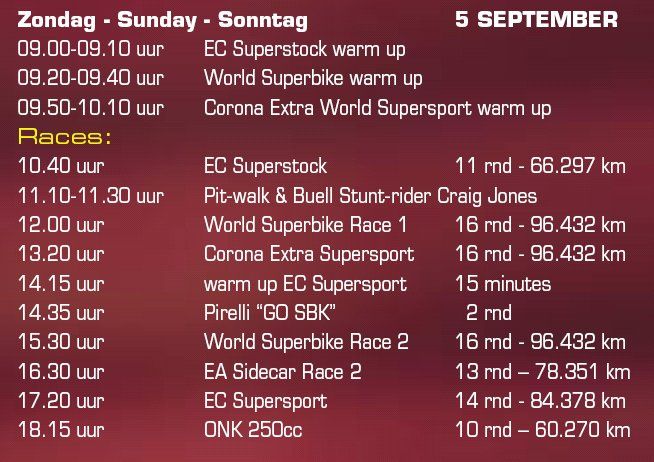