Espargaró made his World Championship debut in 2006, riding seven races in total, the first of which at Catalunya made him the youngest ever points scorer in a Grand Prix with 13th place. That year he was also crowned Spanish National 125 Champion, and his first full season in 2007 delivered a podium, a series of strong results and the Rookie of the Year award. The 2008 campaign was one which brought further impressive results but was also marked by a collarbone injury, and he took a first victory in 2009 at Indianapolis placing fourth overall in the standings. In 2010, the younger of the Espargaró brothers was involved in a three-way season-long battle for the title with eventual winner Marc Márquez and runner-up Nico Terol, and in 2011 he stepped up to Moto2. Two podiums and a respectable 13th overall in the final standings laid the foundations for a promising season in 2012, for which Espargaró joined the Pons Racing team and made a huge impact. Tough battles, four wins, eight pole positions and a few controversies led to him taking runner-up spot to Márquez, making him the favourite for the 2013 title, for which he will fight for with the same team. 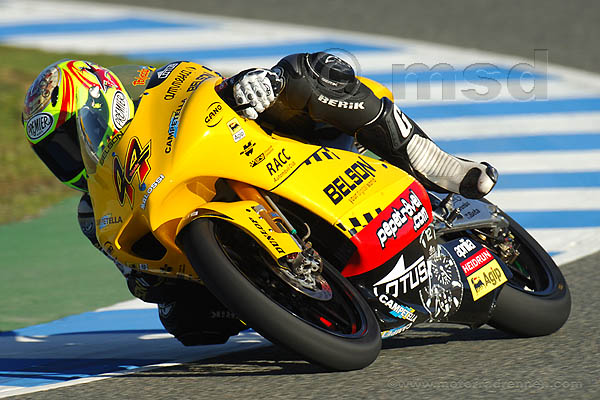 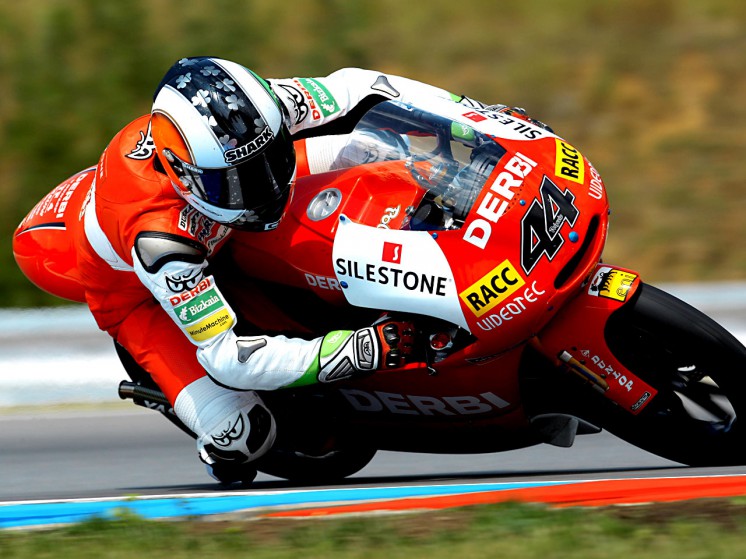 Yamaha are reported to already be keen to secure the talents of Pol Espargaro for their 2014 MotoGP campaign.

Despite the 2013 MotoGP seats only just being settled, it appears Yamaha are already thinking of the future and aiming to get Pol Espargaro affiliated to their factory with a pre-contract for the 2014 season.

According to Speedweek.de, Yamaha Motor Racing managing director Lin Jarvis is keen to secure the talents of last season's Moto2 runner-up Espargaro and wishes to snap him up before the competition.

All three previous Moto2 title winners - Toni Elias, Stefan Bradl and Marc Marquez - have gone on to sign with Honda teams for MotoGP.

Yamaha used a similar 'long range' method when they hired Jorge Lorenzo after the Motegi round of the 2006 250cc season, with his official MotoGP contract - for 2008 - agreed at Laguna Seca in 2007.

Although the 'Rookie Rule' has now been abolished, Yamaha already has both Lorenzo and Valentino Rossi signed until the end of 2014, making Tech 3 the most likely option for Espargaro.

Current Tech 3 rider Cal Crutchlow only signed a one-year deal covering the 2013 season, having made no secret of his desire for a factory ride before ultimately rejoining the French based outfit run by Herve Poncharal.

Crutchlow is sure to again assess his factory options at the end of 2013. Rookie team-mate Bradley Smith has a two-year contract.

Poncharal had shown an interest in obtaining Espargaro if Crutchlow had gone elsewhere. Espargaro is now remaining with the Pons team in Moto2, where he is favourite to secure his first world title in 2013.

Pol's older brother Aleix is already racing in MotoGP and will continue with the Aspar CRT outfit for 2013.
Klik om te vergroten... 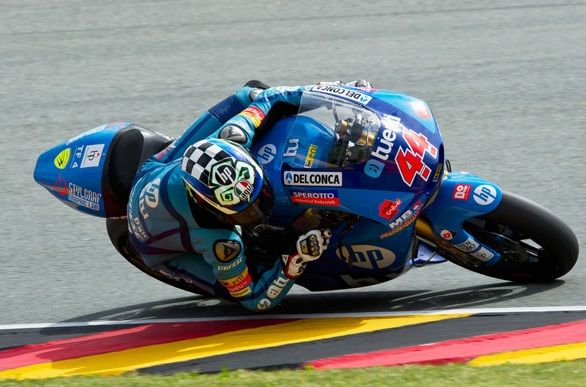 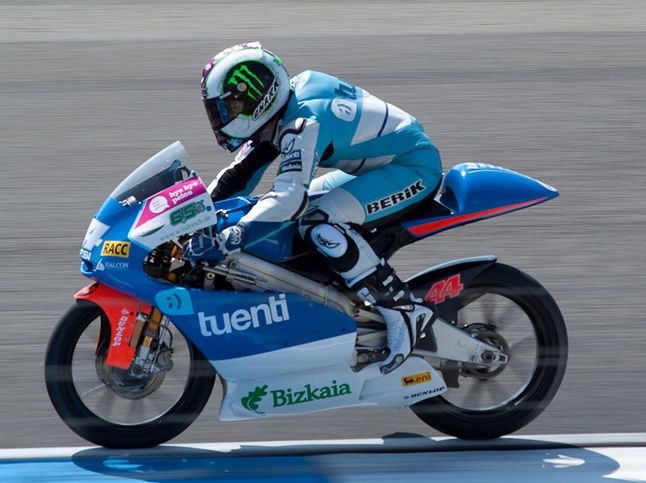 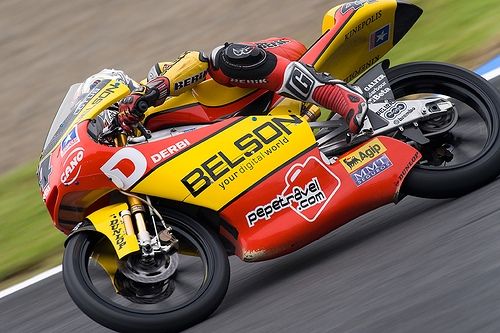 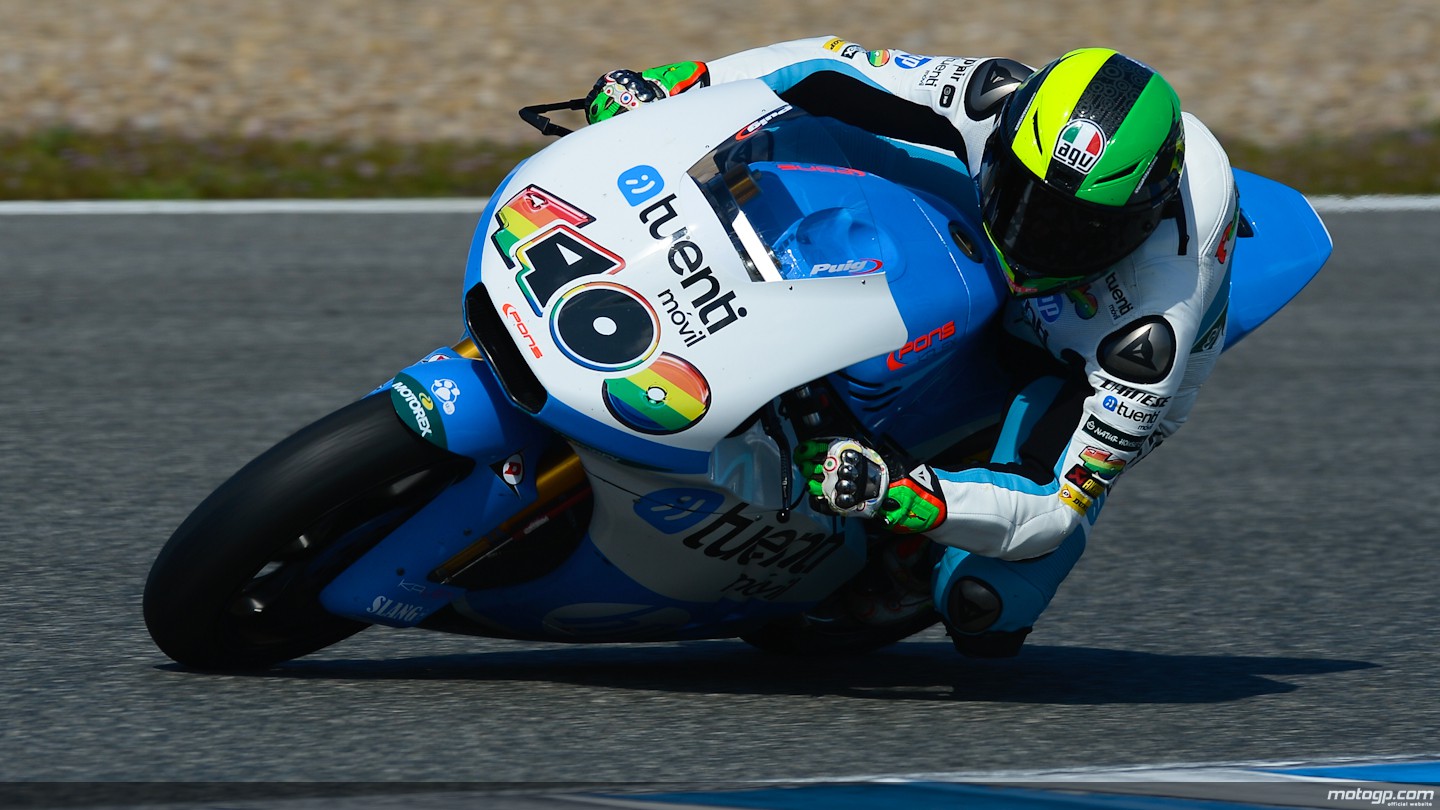 Moto GP round 3 Austin Texas, Circuit of the Americas
6 7 8